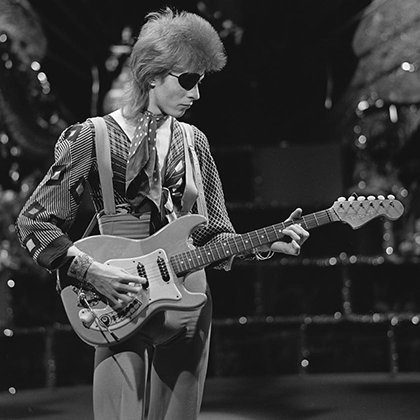 Last night, it was announced that David Bowie passed away after an 18-month fight with liver cancer that was kept private. The musician died peacefully in London on Sunday, January 10, 2016. He was 69 years old.

The official announcement was made on Bowie's Facebook page:

January 10 2016 - David Bowie died peacefully today surrounded by his family after a courageous 18 month battle with...

This past Friday, which was Bowie's 69th birthday, he released his 27th studio album, Blackstar. The LP was well received by music critics and once again displayed David's creative artistic abilities.

David Bowie was born on the 8th of January, 1947, in Brixton, London. He would release his first #1 hit song, "Space Oddity," in 1969, and would go on to become not only a seminal figure in rock history, but also as a fashion icon and actor. He would assume many alter-egos in his music, from Ziggy Stardust to The Thin White Duke in the 1970s.

Producer Tony Visconti offered a few words on his Facebook page. He was Bowie's longtime producer and worked with the musician on many of his popular albums, including 1970's The Man Who Sold the World, 1974's Diamond Dogs, and 1975's Young Americans.

Below, you can watch a young Bowie premiere the song "Space Oddity" for the first time in 1969.

Zumic's thoughts and prayers go out to David Bowie's family and friends during this time.