Miley Cyrus' video for "Wrecking Ball" came out a few weeks ago, and it definitely got people talking, perhaps mainly due to Cyrus riding a wrecking ball while wearing no more than boots for much of it. Now, she has released the Director's Cut version of the video.

The Director's Cut is a much simpler video, featuring one unbroken close up of Miley's face as she sings. According to her interview in Rolling Stone, the tears she sheds in the video are real, brought about by the recent death of her dog.

So there's a little less nudity and a little more emotion in this version of "Wrecking Ball," but that doesn't mean it isn't worth a look. 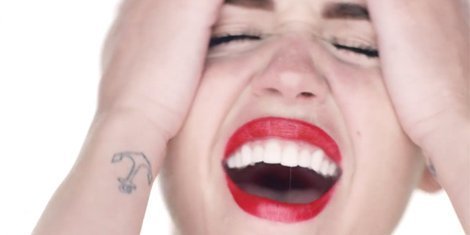 You can pre-order Miley's new album, Bangerz, on iTunes now.

"Younger Now" - Miley Cyrus [YouTube Music Video]
Music Country Pop Miley Cyrus Nashville, Tennessee Official Music Video
1
994
Back to top
You must be logged in to upvote.
Registration and login will only work if you allow cookies. Please check your settings and try again.