Thank God for Reddit. Before user "August_" discovered this YouTube stream of Jack White and Bob Dylan's 2004 performance of "Ball and Biscuit" four days ago, it only had three views.

Now the rest of the world can finally experience the magic that occurred on March 17, 2004, when Bob Dylan invited Jack White to play "Ball and Biscuit," a White Stripes song, with him at his show at the Detroit State Theatre. White later described the event in an interview with the Wall Street Journal:

“That was just by accident. I went and saw him play in Detroit and he said to me, “We’ve been playing one of your songs lately at sound checks.” I thought, Wow. I was afraid to ask which one. I didn’t even ask. It was just such an honor to hear that. Later on, I remember I went home and I called back. I said, “Can I talk to the bass player?” I called the theater. I was like, “Did Bob mean that he wanted me to play tonight? ‘Cause he said some things that I thought maybe – maybe I misconstrued. Was he meaning that he wanted me to play with him tonight? I don’t want to be rude and pretend that I didn’t hear or something like that.” So turned out yeah, we played together that night. He said yeah, come on, let’s play something, and we played “Ball and Biscuit,” one of my songs. It’s not lost on me that he played one of my songs, not the other way around.”

Listen to the once-in-a-lifetime jam above, and pray that next year's Bonnaroo features White and Dylan in one of its now-famous SuperJams. 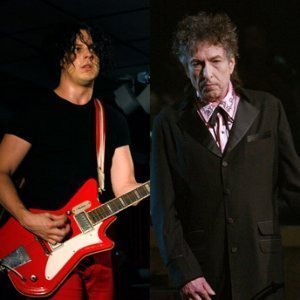 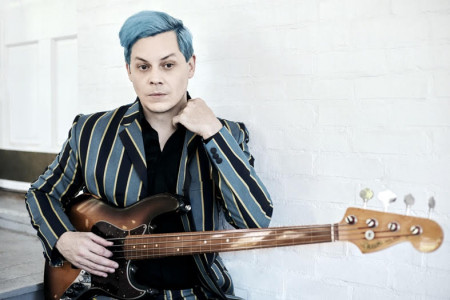 Bob Dylan Shares 2021 Tour Dates: Ticket Presale Code & On-Sale I...
Tickets Classic Rock Folk Folk Rock Singer-Songwriter Bob Dylan
3
3582
Back to top
You must be logged in to upvote.
Registration and login will only work if you allow cookies. Please check your settings and try again.