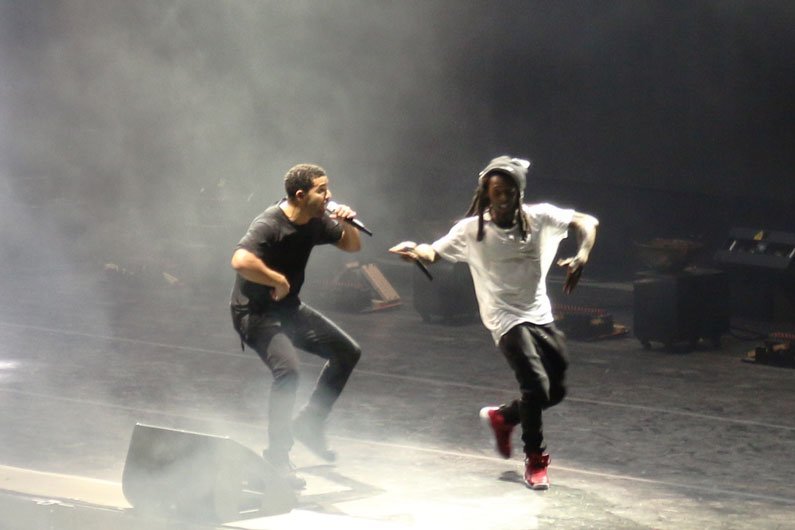 The premise of the night was pitting Lil Wayne's classics against Drake's hits, but as the battle progressed, the audience realized that the hits are in turn classics. Throughout the tour, the audience has picked who wins the battle, and coming into this first NY show, the score was Lil Wayne 5, and Drake 4 -- a close result and inspiration for a killer battle ahead. The unique use of technology in this show is what allowed fans to decide. By downloading the Drake vs. Lil Wayne app, they were able to interact with the rappers during the performance and of course, select who they'd like to see go first.

Sure enough, Lil Wayne burst onto the stage to the roar of the crowd in none other than sweat pants, his chiseled abs, a hat, and a blunt in hand. Introducing himself as Tunechi, Daddy (to both his children and the ladies), Weezy, and Lil Wayne, the "God of Rap" impressed fans with cuts from his entire body of work, performing new material as well as digging into the vault and performing songs from his early mixtapes. As Wayne's first set ended, the crowd knew what was coming, and the energy at Forest Hills Stadium was insane. 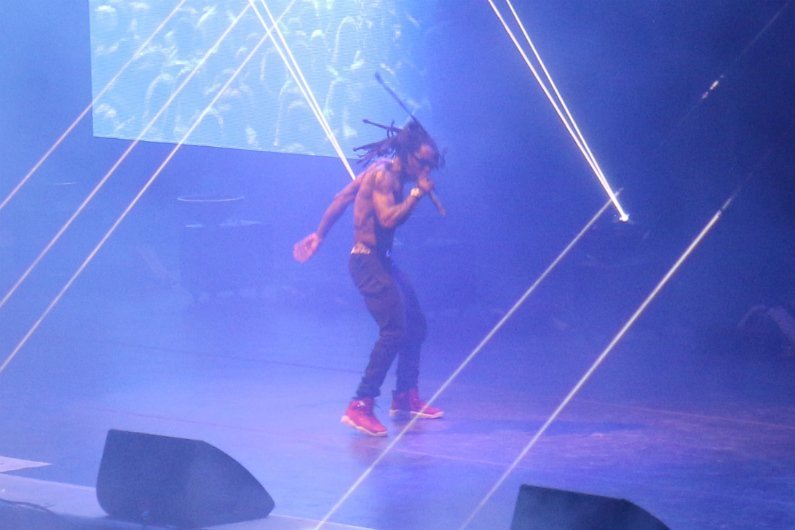 Hyped and ready to battle, Drake appeared as fans raged. The support for the two rappers was undeniable, but there was a little bit of extra loving for Drake last night. Drizzy knows how to keep it real and involve the audience throughout a performance, especially when a battle this big becomes a hit-for-hit rap-off. 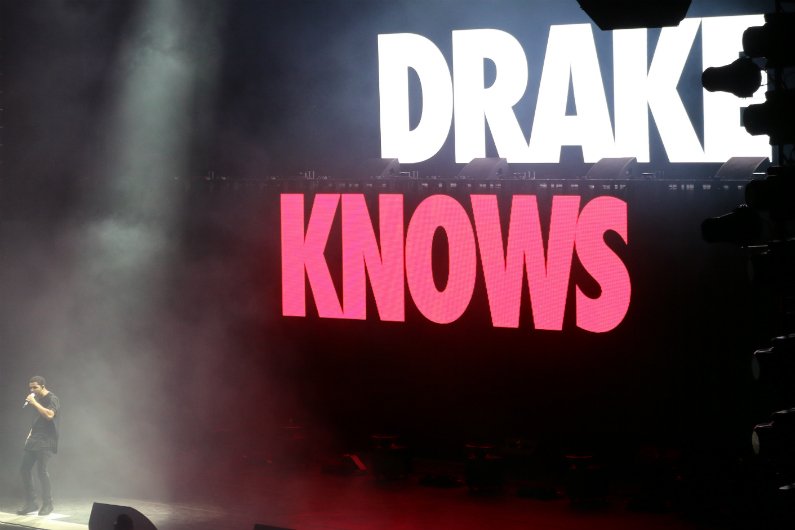 As both raplords dueled set for set, even having a hook-off and verse-off, they stirred each other up, encouraging the other to bring it like they never have before. The brotherhood these two share is beautiful, and the respect they have for each other not only as artists, but as human beings, is amazing. Both are extremely humbled by their successes, each saying they wouldn't be on that stage without the other.

The string of hits these rappers performed was incredible, and the audience was rapping along with them word for word. Lil Wayne drove the crowd mad with "Believe Me," "A Milli," "Rich As Fuck," "How To Love," and "Lollipop," while Drake absolutely nailed it with "Hold On We're Going Home," "0 To 100 / The Catch Up," "Started From The Bottom," "Worst Behavior," and "Headlines."

Even though the whole idea of this tour was a battle, it was astounding how much comedy ran throughout the show. It was fantastic to see the two friends tease and taunt each other using the crowd for back-up. It was also endearing to know they can have fun and be friends, all while tearing it up for the fans.

The technical elements of this show were simple, yet astounding. The most obvious was a digital screen projecting various images and videos that suited the song of the moment. The stunning visuals were a perfect backdrop for the battle zone as it allowed the audience to focus on Wayne and Drake. However, the most engaging part of the digital screen was the re-working of the classic video game Street Fighter, showing Drake and Lil Wayne in a combat storyboard with each other. This comic strip style visual played at various points of the show to enhance the battle story.

Pyrotechnics, lasers, smoke, fire balls, fireworks, confetti, you name it. All these elements were superb and added an energy that can only be described as electric. But one of the most unexpected moments in the show was when Drake flew over the crowd, Mary Poppins-style, on a tiny platform. He said he needed to see the beautiful people of New York, and what Drake wants, Drake gets. As he individually acknowledged people down below, he serenaded us with "Marvin's Room." 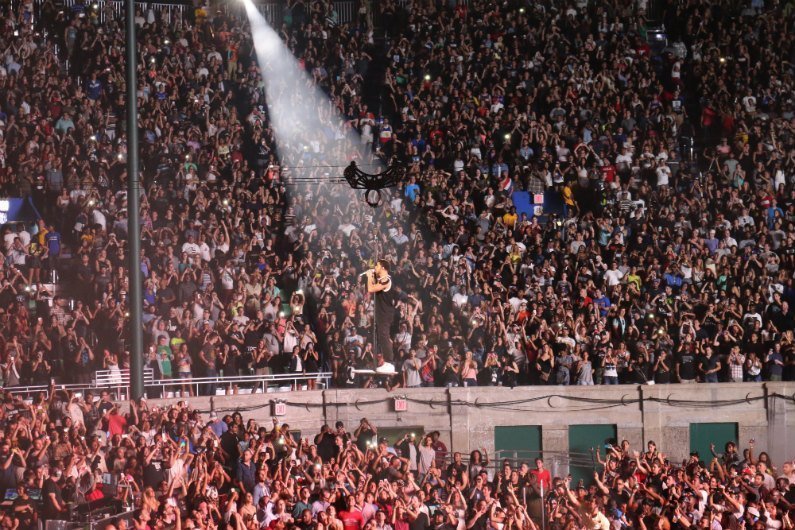 As the battle came to an end, it was up to the audience to decide who the victor was, and sure enough, Drizzy came through with the goods. The scoreboard now stands at 5-5, and with 22 shows left, it will be interesting to see who reigns as the tour champion. After all was said and done, Wayne and Drizzy closed the show with their hit "HYFR (Hell Ya Fucking Right)" to a buzzed crowd. They left everything on the stage and the fans pining for more.

To have the chance to experience this incredible show, get your tickets right here on Zumic. 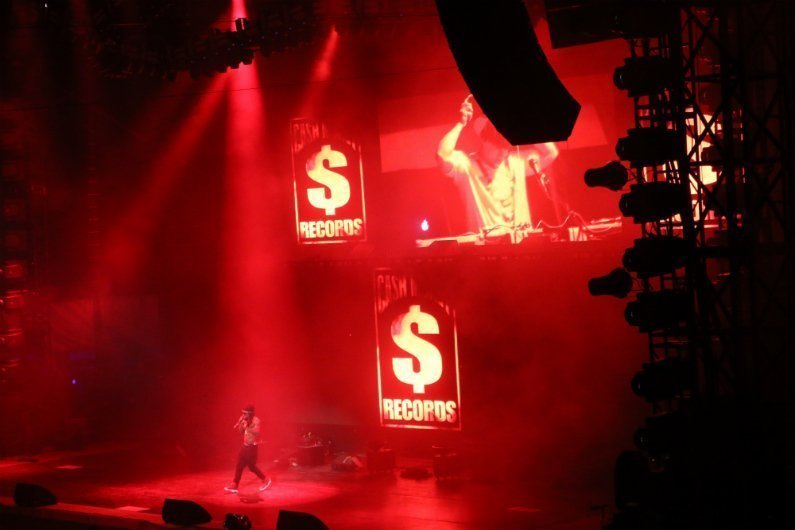 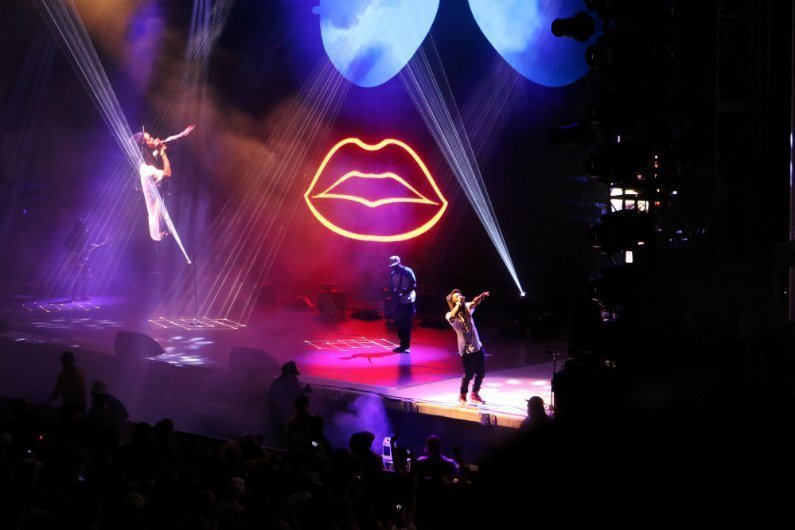 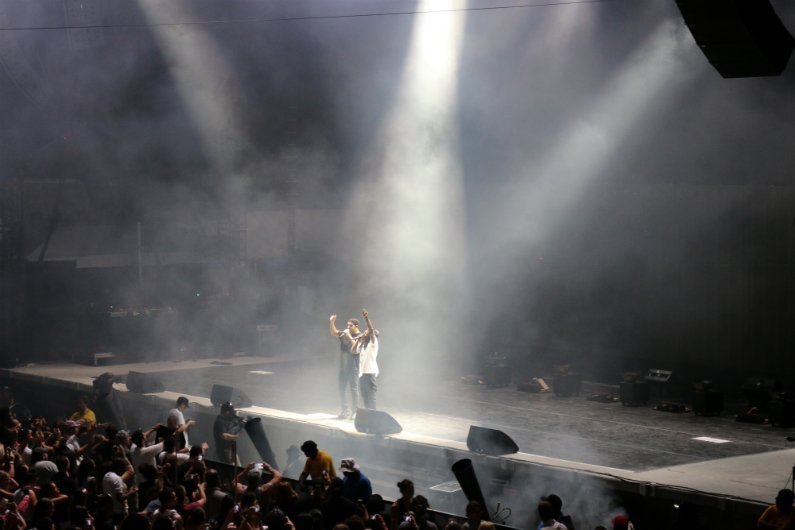 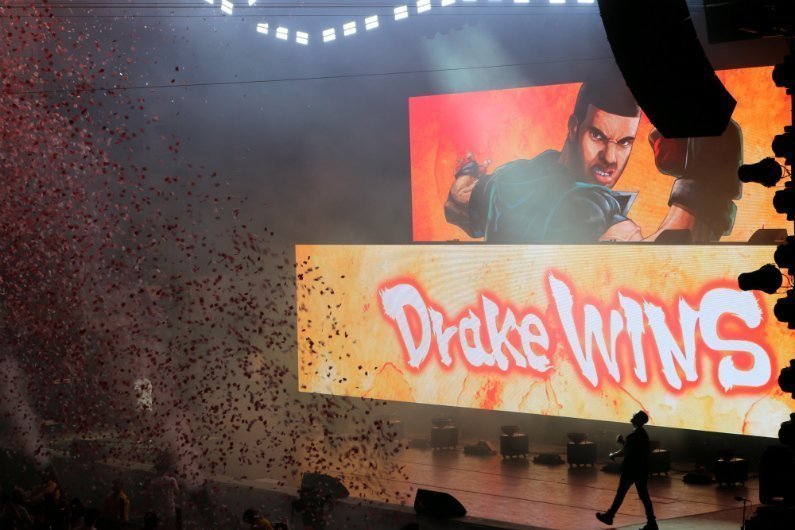 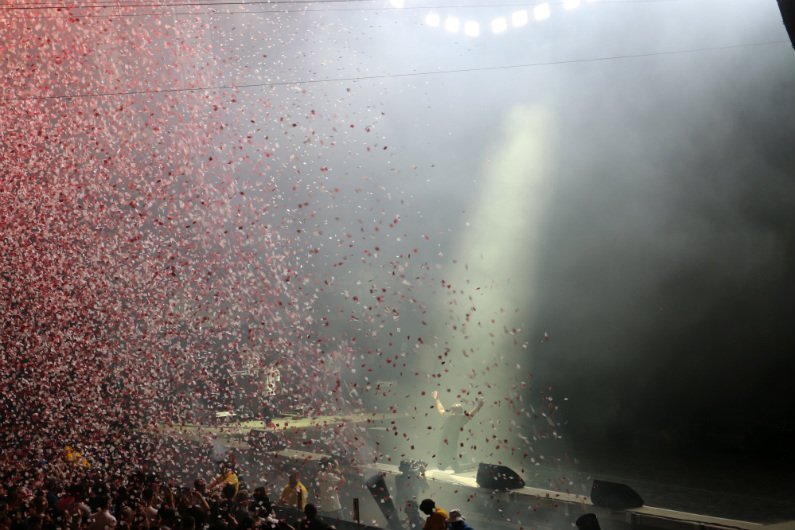