On Thursday, Future unveiled the video for his Mike Will Made It-produced jam "Move That Dope." Unfortunately, just like on the song's radio version, Casino's verse has been stricken from the video, leaving Pharrell and Pusha T as the song's only guest rappers. Watch the video above.

Featuring cameos from Tyler, the Creator, Schoolboy Q, Wiz Khalifa and a bunch of attractive women, the "Move That Dope" video features shots of the rappers hanging out by a Jeep Wrangler, in addition to scenes of a white van being chased by the police. Pharrall appears wearing another version of "the Arby's hat," which he refers to in the song as his "Gandalf hat." We're not sure if we see the resemblance, but it's a funny lyric all the same.

To accompany the video, Future has shared a video game called "Move That Doh" that ties in with the song. It reminds us of Juicy J's "Stay Trippy" game that accompanied his album of the same name, which means it's awesome. You can play the retro game below.

"Move That Dope" will appear on Honest, Future's sophomore album that will be released later this year. You can buy the single right now on iTunes, and head over to Future's Zumic artist page for more of his music, videos and news. 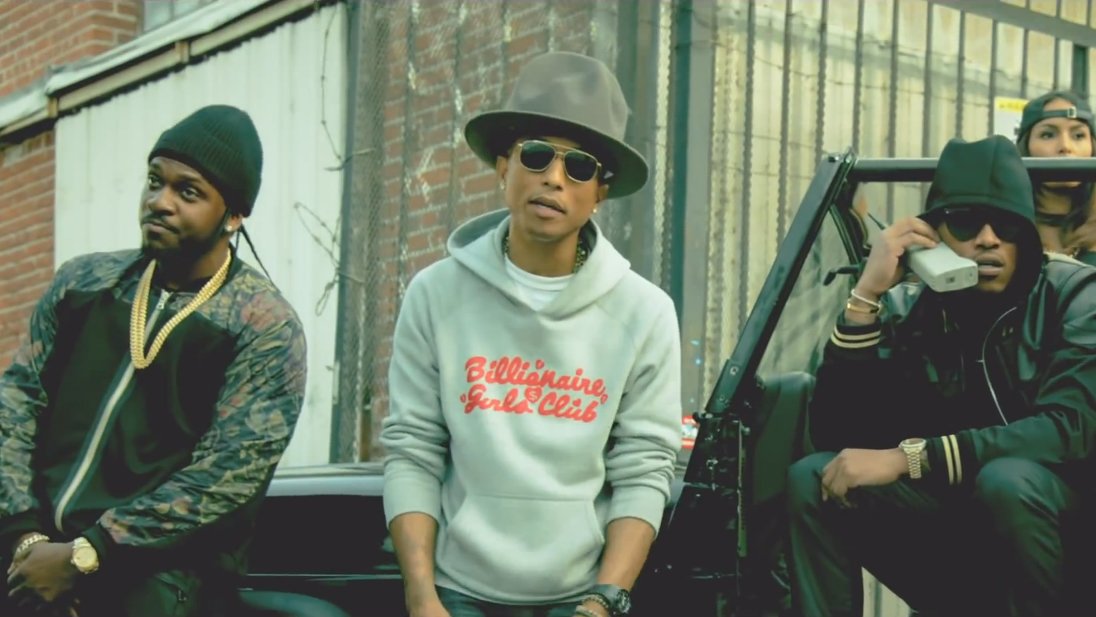 Tyler, The Creator Plots 2019 Tour Dates: Ticket Presale & On-Sal...
Tickets Hip Hop Blood Orange GoldLink Jaden Smith Tyler, The Creator
2
1729
Back to top
You must be logged in to upvote things.
Registration and login will only work if you allow cookies. Please check your settings and try again.