Last night marked the 50th anniversary of when the Beatles played on the Ed Sullivan Show. Although this famous 1964 performance wasn't their first television appearance, it was their first one in America.

To mark the occasion, CBS held a special Grammy tribute to the Fab Four with some of the music industry's biggest stars covering their favorite Beatles song. David Letterman interviewed Ringo and Paul on the stage where it all began, which is now used as the set of The Late Show with David Letterman. In one video, Ringo reminisces about how big the theater looked then, and how small it looks now. In another video, Paul McCartney talks about his stage fright while he stood alone on the stage to perform "Yesterday." You can watch the videos above and below.

Performances of the night included a reunited Eutythmics covering "Fool on the Hill," Stevie Wonder's version of "We Can Work It Out," and Imagine Dragons' acoustic rendition of "Revolution 1." The night concluded with both Ringo and Paul McCartney taking the stage themselves. 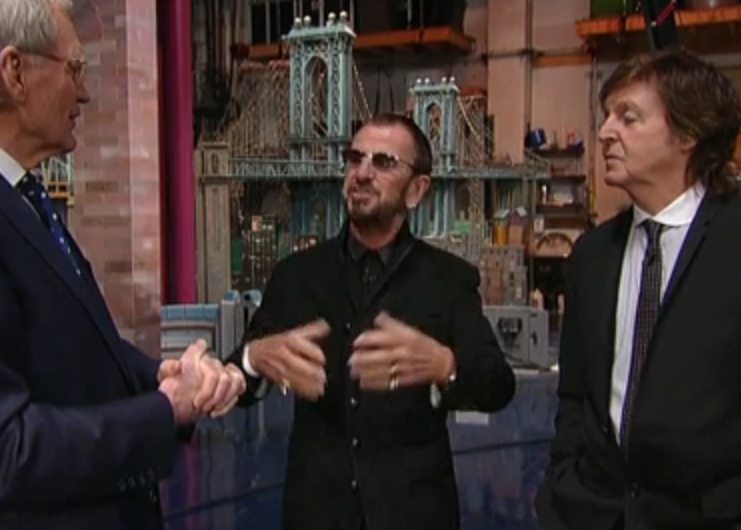