"Ready To Go" kicks into full gear straight off the bad and doesn't let up until it's over. Limp Bizkit is still doing their nu-metal thing after all these years and they don't seem to have lost a step, even though there really isn't any nu-metal anymore. Props to them for persistence.

The video shows off scenes from the band's elaborate live shows, creative uses of kiddie pools and leaf blowers, and guitarist Wes Borland looking like various characters out of Hellraiser. The only thing that really takes away from the experience is Lil Wayne's (thankfully) brief verse, which seems completely devoid of any lyrical depth or creativity. Not to say that Durst's lyrics are particularly brilliant, but Lil Wayne should really just stop. Everything, just stop doing everything, please.

Also, Fred Durst rapping on a toilet is something that will stick with you.

"Ready To Go" will be on Limp Bizkit's upcoming seventh studio album, Stampede of the Disco Elephants, which is scheduled for release in September. 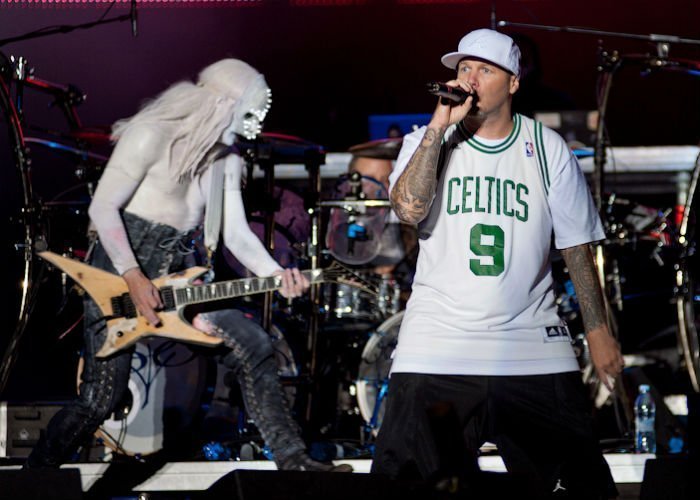 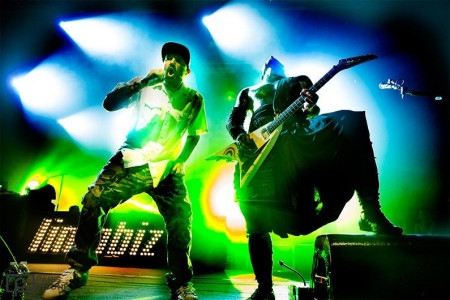 "Tha Carter V"
Lil Wayne (Spotify)
Music Hip Hop Pop Hip Hop Lil Wayne LP
3
1518
Back to top
You must be logged in to upvote.
Registration and login will only work if you allow cookies. Please check your settings and try again.