The Arctic Monkeys played an energetic set on Wednesday's Jimmy Kimmel Live!, performing the first two tracks off of their brand new album AM, "Do I Wanna Know?" and "R U Mine?"

The songs, both slower blues tracks stripped of the band's speedy punk roots have a darker melodic tone. This is wonderfully featured in the chorus of "Do I Wanna Know?" with guitar, bass, and vocals all playing in the same melody. The back and fourth between the lead vocals and the background falsetto adds a smoothness to the track that sets it apart from the Arctic Monkeys' older style.

"R U Mine?" picks up the pace, with both guitars playing a faster sweeping riff throughout the bluesy song. While the vocals and energy of the song are distinctly Arctic Monkeys, it seems that they have a Black Keys influence seen in the guitar work on the new album. Overall, "Do I Wanna Know?" and "R U Mine?" show a darker side of the group, with a more concise, mature sound.

Check out the songs, and order the new album from the Arctic Monkeys' store. 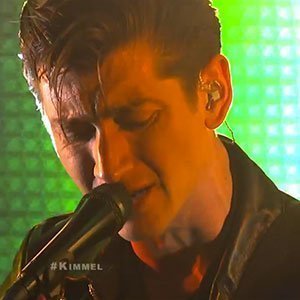 Arctic Monkeys Add 2018 Tour Dates: Ticket Presale Code & On-Sale...
Tickets Garage Rock Psychedelic Rock Rock Arctic Monkeys
4
6883
Back to top
You must be logged in to upvote things.
Registration and login will only work if you allow cookies. Please check your settings and try again.