NPR Tiny Desk Concerts have a policy against return visitors, but that didn't stop Chicago-based indie rock band Wilco from being invited back after their 2011 visit. They recently played a few tunes off their ninth studio album, Star Wars, and a couple of old gems at the NPR Music office in Washington, D.C. Watch the concert above. NPR also shared a 360˚ video of "Misunderstood" on YouTube.

By this point in their 22-year long career, Wilco have most certainly earned their place as seasoned veterans. Frontman Jeff Tweedy leads the band of eccentric musicians, playing quirky instruments ranging from the xylophone and banjo to the adorably colorful Hohner Airboard, while he rambles like a beat poet. With songs off the album like "The Joke Explained," there's a sense of self-conscious wonder that Tweedy has long been loved for. He speaks of feeling like he never understands things the way others do, as if he sees the world in a different way and does not care who knows it.

Tweedy has embraced the quirk of himself and his band in a such a way that it has become their staple. In the middle of the tapered and sincere song, "Misunderstood," they dip into a driving jam session as they veer from country-folk to a moment of dissonant psychedelic rock without missing a beat. Everyone falls right back into the song as if they never took a detour.

This is the way of Wilco, nowadays. Not to say they haven't always been ready to go their own way to make the art they want. What with releasing their 2001 album, Yankee Hotel Foxtrot, for free on their website after their label refused to release it, Star Wars is another notch in their belt of making the music that they want by whatever means they choose. They released the album in 2015 for free and without warning on their website.

Here in lies the wonder of Wilco that this Tiny Desk Concert illustrates, the freedom earned by respect and adherence to your art. In a recent interview with Rolling Stone, Tweedy would say when speaking on Star Wars, "I think if I have any gifts of note as a musician or an artist, it's that I've never been particularly fearful of being vulnerable. I just don't give a shit."

This ability to put all of himself and his often times abstract feelings into music without caring about being judged is one of the great triumphs of Wilco. It has taken them through their illustrious career and earned them their well-deserved encore performance behind the Tiny Desk.

This performance is also available as a free download via the NPR Tiny Desk Concert podcast. Star Wars is available on Amazon. 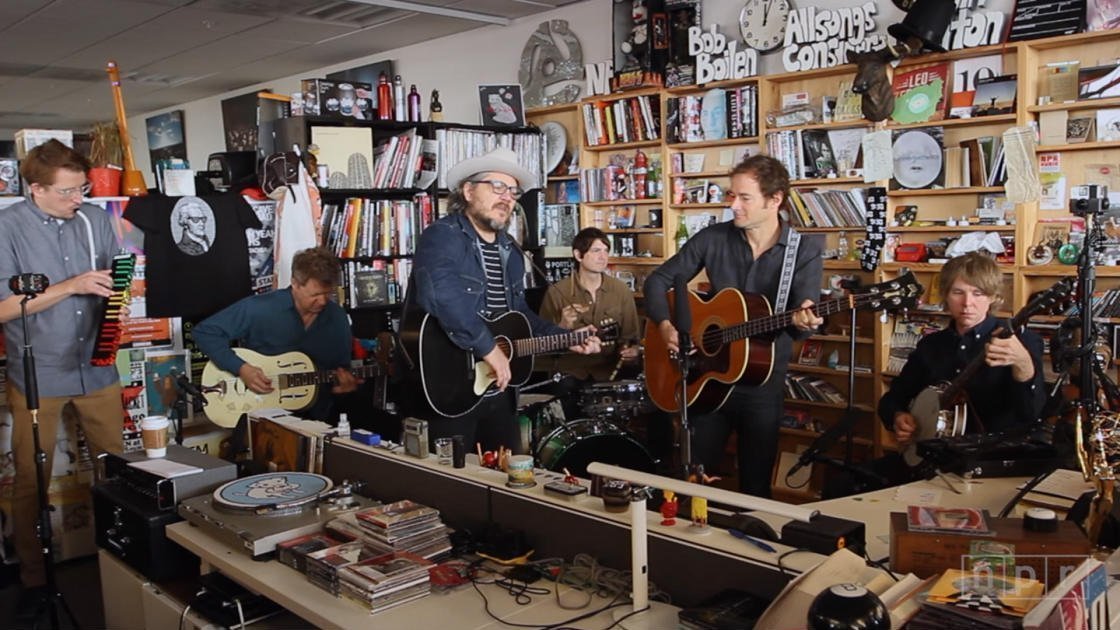